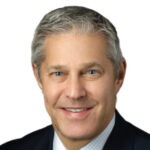 Eric is a seasoned medical device executive with a long track record of driving sustained, profitable growth for diverse health technology/device companies ranging from start-ups to global icons. He has extensive experience in identifying and bringing innovations and improvements from concept to market across multiple disease areas and medical specialties. Eric possesses strong business acumen and operational experience with an entrepreneurial mindset.

Most recently, Eric was the Chief Executive Officer and Board Member of LifeSprout, Inc., a Johns Hopkins-based startup developing products for soft tissue replacement and regenerative medicine. Prior to joining LifeSprout, Eric had a long career with Boston Scientific, including his last role as President of the firm’s $395 million Urology & Gynecology Division where he was responsible for establishing and driving the Division’s global strategy and sustained growth. Earlier at Boston Scientific Eric held positions as Vice President, New Market Development and Strategic Planning, Urology & Gynecology, Vice President of Operations, Microwave Divisions, and Vice President and General Manager, Symbiosis Division.

After leaving Boston Scientific in 2009, he founded Pulse Veterinary Technologies, LLC where he served as Founder, CEO and Board Member until the company’s successful acquisition. He then joined his next start up, BioDirection, as President and CEO before being recruited to the CEO position at LifeSprout. Eric has raised over $40 million for the start-up businesses he has managed and has increased the valuations of each by many multiples. Earlier in his career Eric held various plant manager and operational roles at Synthes USA, a leader in the orthopedic trauma market.